Why We Don’t Tell the Truth

(This week, my memoir coach Kathleen Hamilton returns for her third of three guest appearances on my blog.)

Women are not practised at telling the truth. I’ll come right out and say that. It’s not our fault. We live in a culture that punishes us for speaking up and rewards our silence and pretense.

Let me correct that last statement. We’re led to believe that our silence and pretense will be rewarded. But as women become more aware, we realize that we’ve actually gained nothing from our silence. 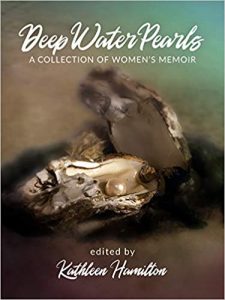 Where do we start? We start close in. We start by telling the truth about our lives. We start by daring to believe that our lives actually matter. Our stories matter.

We start by being honest about ourselves. About what we see and experience. We start by believing that the feminists of the 1970s were right: The personal is political. Back in 1968, the poet Muriel Rukeyser wrote, “What would happen if one woman told the truth about her life? The world would split open.”

Half a century later, we’re still afraid that the world will split open.

I have a confession to make. I’m passionate about truth, not only because I believe in women’s empowerment, but because I grew up lying. My parents imposed physical violence on me whenever they caught me breaking the rules, so to keep myself safe, I learned to lie. After a while, lying became not only a special skill of mine but a deeply ingrained habit.

What I eventually learned, though, after I’d escaped into the safety of adulthood, is that because I was afraid to show people who I really was, I couldn’t be known or understood. My habits of deception kept me isolated. Keeping secrets was a barrier to intimacy. I felt like my closest friends and even my husband didn’t really know me. The disconnection hurt my heart. I didn’t know it, but I longed for the freedom to own my truth.

What I’ve learned in my experience of mentoring dozens of women writers is that we all crave the freedom to own our truth.

You’ve heard of the wounded healer? That’s me. Being forced to lie violated my innocence and distorted my true nature. And perhaps because I had to consciously heal myself, I place a mighty high value on honesty.

That’s why I love memoir.

I’m passionate about truth-telling. I’m on a mission to help women write their truths, use their voices, and become more visible and connected.

Telling the truth doesn’t come easily to women. It takes courage. Immense courage. One of my superpowers is creating safe space for truth to emerge. In my workshops, when I invite women to write the deeper truth about their life experiences, they know they are going against everything we’ve been taught.

✔Keep quiet.
✔Don’t tell.
✔Be nice.
✔Pretend you’re fine.
✔Pretend it didn’t happen.
✔Only Mom or Dad (or someone else who is not you) is allowed to tell the story.
✔Protect your reputation.
✔Protect your family’s reputation.
✔Don’t embarrass yourself.
✔Don’t embarrass others.
✔Don’t call attention to yourself.
✔Stay hidden.
✔Stay small.
✔Stay safe.
✔No one believes you.
✔No one cares.
✔Your story isn’t interesting.
✔Your story isn’t important.
✔You aren’t important.
✔You’re not smart (or talented, or funny, or skinny) enough to write your story.
✔You’re too old.
✔You’re too young.
✔Don’t sound sad.
✔Don’t sound angry.
✔Who do you think you are?

Does that seem like a lot? And yet, against all that conditioning, the women I work with find the courage to dive into the depths of their lives, discover their truths, and shape them into memoir.

Why? Because we are tough and armoured to do battle?

No. Because our hearts have called us. The word courage comes from the French word “coeur” which means heart.

Courage means to live from the heart.

When you feel that, doesn’t it change everything?

What does it mean for you, to live from the heart?

For a writer, to write from the heart?

When I write stories from my life, stories that people think are brave, it’s because through writing, I’m giving a voice to my heart. Writing my truth feels spacious, feminine and generous. It’s especially wonderful to witness this in the writers I’m privileged to mentor.

When a women writes her deeper truth story, she discovers for herself — what will it mean to connect with my courage and give voice to my heart?

I believe women write memoir for the same reasons we read memoir.

For the same reasons you’re reading this blog. You want to feel less alone. You want to be seen, heard, understood. You want to make meaning from the chaos of your life. Transform truth into art. You want to connect genuinely — with yourself and with others. You want intimacy (Into me see). And you crave the true freedom that comes from freeing your voice and sharing your story.

“And then the day came when the risk to remain tight in a bud was more painful than the risk it took to blossom.” – Anais Nin 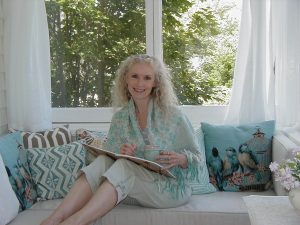 Besides being Heather’s memoir coach, Kathleen Hamilton is an accomplished author, actor, director and award-winning poet, screenwriter and playwright. She is the editor of Deep Water Pearls: A Collection of Women’s Memoirs.

Kathleen is the creator of Deeper Truth Memoir programs where she mentors women to write their own book in a 9-month write-your-first-draft program and a year-long, publisher-ready program.

Do you have a story to tell? For information on memoir programs and retreats, go to www.kathleenhamiltonmemoir.com.

The Path Not Taken

Lessons from a Retreat