It’s Not All About Degrees and Money

Neither one of my children has a university degree and I don’t give a flying fiddler’s fart.

My son Max managed to finish a one-year college program (and never went on to do the work he trained for) followed by one year at university after which he dropped out. Thus far, my daughter Hannah has only managed to graduate from high school.

But here are just a few things Max has managed to do: spend a few years in the naval reserve; hold down an honest (albeit not high paying) job; live independently without mooching off me; own a decent car; have investments; be a singer-songwriter who gets paid to perform; and launch an album that’s seen radio air time.

Now Hannah: jump out of an airplane; move out of home at eighteen to start living life on her terms; hold down an honest job and make very good money on tips; 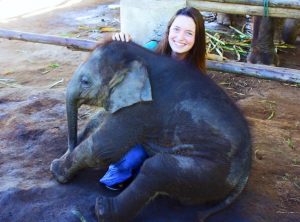 live independently without mooching off me; have investments; obtain her first-level yoga certification training in India; live and work in Australia for a year; and travel, independently and on her own dime, to over thirty countries.

Here’s the thing: We all want our kids to “succeed,” but we often have a myopic view of success. The standard seems to be university/college education, high-paying (and prestigious) job, a big house, nice vehicles, and a good-sized bank account. There’s a problem with that, however. A lot of people have this and they still aren’t CONTENT. In fact, some are downright miserable.

It’s my contention that success doesn’t have to be measured in terms of higher education, climbing a career ladder or making lots of money. If that’s what flips your switch, no problem, but I’m a bit troubled by this pervasive idea of one track to metaphorical success.

I prefer to think of success as the achievement of any goal that you set for yourself. And career goals are simply one type. So in my books, you have not failed as a parent, nor have your children failed as human beings, if they don’t become doctors, lawyers, accountants, astronauts or whatever else you can think of that society deems worthy.

“But wait, Heather, don’t you want your kids to succeed, be happy, and have a comfortable life?” Yes! And I want to see them do their best at whatever it is they choose to do.

Here’s a thought: It’s healthy to want to bring out the best in your child. But sometimes, parents put children under so much pressure to perform well that their children suffer serious consequences.

We harass our kids about doing well in school, sports, music, and any other number of activities. There’s nothing wrong with having reasonable expectations but there is NO DOUBT that putting constant pressure on kids is harmful.

She failed chemistry? Relax. This will probably NOT make or break her future (unless she wants to be a medical doctor and then she might need a tutor). He MUST excel at every soccer game so he gets noticed and then gets that elusive sports scholarship? Be careful, he may end up hating soccer (and temporarily having the hates on you for being so pushy).

I spoke to a guidance counsellor who said that too many kids are under immense pressure to pursue a career path when they’re hardly old enough to drive. He said that although parents generally have the best intentions, they’re not the best counsellors when it comes to career decisions because they really aren’t aware of all the opportunities that exist.

Yes, university and college are options, but there are also things like work placements, work holidays, volunteering, gap years, internships, training programs and apprenticeships, just getting a job, and so forth.

And you know what? If money is not your kid’s primary motivator, and she doesn’t want a lot in terms of material possessions, what’s wrong with working in a coffee shop and pursuing her dream of being a writer? NOTHING! 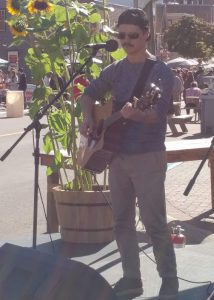 My son details cars. The beauty of this is that it’s not mentally taxing work. In fact, while Max works, he listens to podcasts, writes new songs in his head, and thinks. His job gives him creative head space – and free evenings and weekends – so that he can spend time on his passion: writing and performing music (which earns him extra cash). My daughter is a waitress. Hannah makes enough to live fairly comfortably and finance her world travels, and I can tell you, she’s learned a lot more from those years of travelling than any book or university course could teach her.

Would I be happy if Max or Hannah decided at some point to pursue higher education? Sure, if that’s what they want and it helps them achieve their goals. Will I be unhappy if they continue to do what they do? Absolutely not. It’s their life and their lifestyle, not mine. We’ve had the discussions around, “If you want more stuff, you’ll have to figure out how to earn the money to buy that stuff.” The rest is up to them.

I just finished reading You Do You by Sarah Knight, and I think she says it very well: “…if you didn’t set the “make lots of money” goal, or the “get married” goal, or the “own a home” goal, then not doing or not having those things doesn’t have to cause you stress. Let other people grapple with a complicated tax return, plan a wedding, and gag on monthlies for thirty years. You do you, they do a lot of hyperventilating.”

Staying Sane in a Crazy World

Walk Away the Worry