Exercise (When You Really Don’t Want To)

I don’t like exercising. There, I said it. Feels good to be honest. Seriously, I have yet to find any kind of physical activity that practiced on the long term, brings me joy.

It was different when I was a kid. In those days, I spent hours outdoors running, riding my bike, skating, climbing trees, building forts and all sorts of other things that got my heart and muscles pumping. The thing is, I was PLAYING. Nothing was scheduled, and I never felt I had to show up at a certain time at a certain place. No structure. No pressure. I did what I wanted when I wanted. It was fun.

Nowadays, I spend a large number of my waking hours earning a living. Exercise is something that has to be scheduled. Go to a class. Fit in a walk. Lift some weights. BORING! My apologies to those of you who are passionate about exercise.

But I’m sure not all of you share my passion for sitting in front of a keyboard writing or spending a Saturday afternoon in the kitchen preparing an assortment of meals and making homemade bread. We all have our thing.

Still, whether you like it or not, you have to eat – which means cooking – and I’m sure most of you want to be healthy – which means exercising. I love to cook, so that’s not a problem. And I’m coming to terms with the idea that I have to exercise – even though I don’t like doing it – because it’s necessary for my health and well-being.

“Figure out what you like doing,” say the experts when it comes to exercising. Well, I don’t like doing any kind of exercise on a sustained basis, so for me, it comes down to self-discipline and a bit of trickery.

What does that mean, you ask? Simple. I have to make myself exercise and therefore, I’m learning to set it up in such a way that it doesn’t seem like too much of a hassle. After a lot of trial, error and failure, I think I’ve figured out what works for me.

No guarantees it will work for you, but I thought I’d share in case it helps.

I sign up for short-term periods of exercise classes. After months of being a sloth, I finally decided that I needed some accountability. So I signed up for an eight-week exercise session, two mornings a week at 6:00 a.m. I figure I can do anything for eight weeks no matter how much I dislike it, and two mornings out of seven is reasonable. At the end of eight weeks, I’ll figure out next steps.

I pay for my classes in advance. The reason I do this is simple. I don’t want to give away my money without getting something out of it. So if I don’t feel like going to exercise class, I just say to myself, “You’ve already paid for this. Don’t waste your money by not showing up.” Surprisingly, that works pretty well. 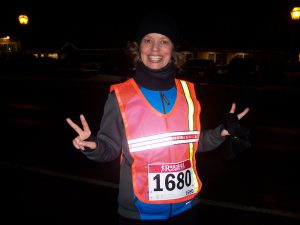 I make sure my classes are early in the morning. I’m an early bird, and as long as I set my gym clothes out the night before, it’s not that much of an effort to get dressed and out the door. While I realize that might not be the case for all of you,

I figure it’s best to get exercise out of the way before my day starts because when I get home after a long day at work, I don’t want to go back out for ANYTHING, especially something I don’t like doing. It’s a great feeling to get home from work and say, “Ugh. I have to exercise. Wait a minute…I already did!”

I take a walk during my lunch hour on the days I don’t do an exercise class in the morning. To clarify, I don’t go out when it’s really cold or rainy, and sometimes meetings get in the way. However, when the weather and my schedule cooperate, I eat my lunch and head out for thirty minutes. I actually don’t have to push myself too hard because it’s thirty minutes where I can get away from emails, workload, and other demands. Plus, when I come back, I feel energized and ready to face the afternoon.

I try to do one fun thing during the week. I’ll be honest that I haven’t started this one yet. But my plan is that one day each week, I’ll start doing something that’s a bit out of the ordinary. For example, I may go to a dance class because I like moving to music. This might be something I do at noontime or even on the weekend when I have more free time.

None of this is going to prepare me to do fifty pull-ups or push-ups or run a marathon (I actually ran a half marathon a few years ago.). It’s not going to give me rock hard abs, arms to die for, or the legs of a super model. However, that’s not my goal. My goal is to move and stay healthy, and my new strategy makes it much easier to succeed.

If you live to exercise, that’s great, and I’m truly happy for you. I have to make myself exercise, and after a lot of starts and stops, I think I’ve finally figured out a way to work it into my schedule and stick with it. At least I hope that’s the case. I’ll report back in a few months with my progress.

Lessons from a Retreat